One of the priceless features of Fiske Terrace is its tranquility. Tucked in between the old Long Island Railroad tracks and the BMT subway line, the neighborhood offers few through streets for vehicular traffic. Like most of the other areas of large, freestanding frame houses in Flatbush, Fiske Terrace was developed on heavily wooded land over a period of several years by a single builder – in this case by the T.B. Ackerson Company. Between 1905 and 1907, lots were designed, streets were paved, and the construction of custom-built detached, three-story suburban houses began.Other builders, such as C.F. Bond, built many of the the homes on East 18th and East 19th Streets. Back then, these huge homes sold for $12,000.
Beautiful trees and suburban landscape of a century ago combine to make Fiske Terrace an oasis within New York City. Over 1,000 street trees, more than 40 species, line its sidewalks. Hundreds of trees and flowering shrubs still grace carefully landscaped an well-maintained malls along Glenwood Road and East 17th Street. 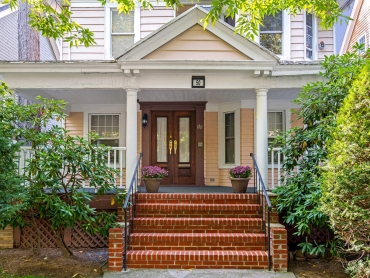 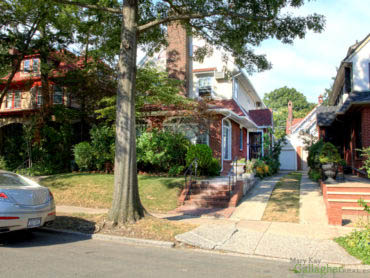 Call for your private tour.

Tree lined street in the Landmark section of  Fiske Terrace – Brick and Stucco Home. This well maintained home has an inviting layout.  Spacious formal living room with a large marble fireplace,  an east facing sitting room  that is surrounded by large bay windows  and upper leaded glass windows that lets in all natural light. […] 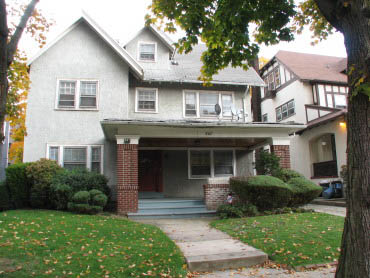 Perfect home located in the Landmark section of Fiske Terrace. Center hall with marble floors that leads into  a large dining room on one side, guest hall bath. French doors open to the bright formal living room with a working wood burning fireplace, that is surrounded by built in book shelves and cabinets.  Spacious eat-in-kitchen. 2nd […] 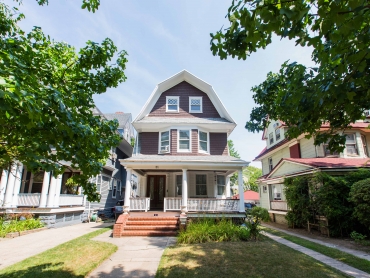 Charming Victorian home located in the Historic Landmark Section of Fiske Terrace – on a tree lined Cul-de-sac street. Sit down and relax on your lovely private front porch, that one can enjoy and take in all the lovely landscaping around you. This classic home offers six comfortable size bedrooms and 2.5 bathrooms. The first […] 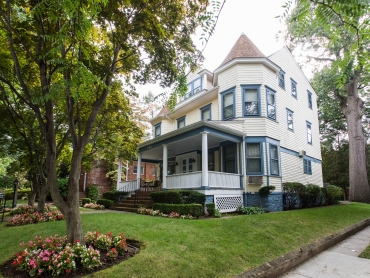 Located on a beautiful tree-lined street in the Historic Landmark section of Fisk Terrace, this stately Victorian home welcomes you with an expansive front porch overlooking a manicured landscaped garden with flowering shrubs. The formal living room spans the entire width of the home and boasts 9 leaded glass windows that bring in lots of […] 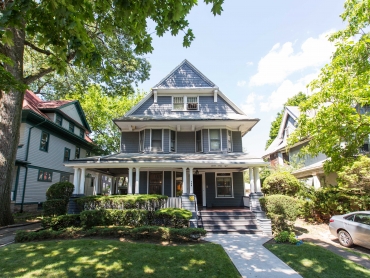 Don’t miss this opportunity to bring your own style and design to this lovely six bedroom two and a half bath, located in the Historic Landmark section of Fiske Terrace. This home has beautifully preserved wood details, coffered ceilings, stained glass windows, and parquet floors. The entry foyer showcases the lovely stair case and stained […]